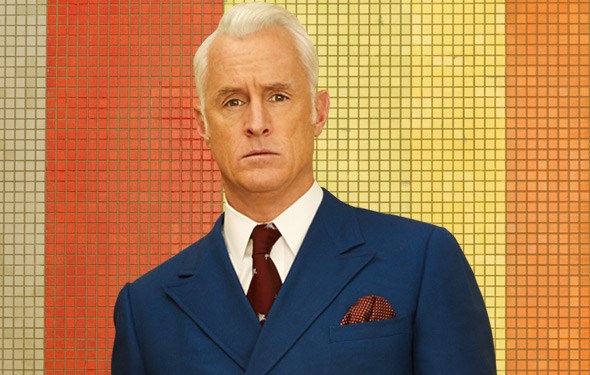 Greetings and salutations. My name is Roger Sterling and I run Sterling Cooper & Partners, a thriving advertising agency in Manhattan. We have one rule – if you can successfully cross the street after a lunch meeting then you’re the man for us (tougher than it sounds folks). You may have read the opinions of my colleague Don Draper about the state of the industry and where we go from here. I like Don. Who doesn’t like Don? If you don’t want to sleep with him you at least want to shake his hand, hope some of that magic rubs off. But he isn’t the only one here with strong views as to the direction our business should be taking. In this feature I intend to highlight key areas of growth that can be capitalized upon to ensure the ad scene becomes a key motivator in peoples’ lives. Not just in a day-to-day capacity but in a way that expands the consciousness of the nation and that one day will eventually challenge the established social hierarchy. Now if you’ll excuse me I just tipped a mohito down my leg.

Sorry about that. Where was I? Ah yes. The future of the modern day advertising agency. What role could a creative organization like Sterling Cooper & Partners play in shaping this great country of ours? Allow me to paint you a picture…

THE MEDIUM & THE MESSAGE

The President is sitting in the White House. He’s just had yet another meeting with the group of cotton-brained bamboozlers he calls his advisers. The country is in turmoil. There are riots in the streets. He’d call in the troops but they’re busy losing their lives in Vietnam. He has a headache, and who could blame him? What he needs is a message. A means of getting how he’s feeling out to the population that put him where he is. And who’s going to be doing that? You’ve guessed it. An ad agency. If you can sell a can of cream corn you can sure as hell get a man re-elected. Without sounding disrespectful, there’s virtually no difference.

In the future, all world leaders and men of influence will come to outfits like ours to impart their wisdom to the masses. There will be a room beneath the oval office that you can access via an elevator operated by some great-looking chick in a bikini.

Sorry, what was I talking about? That’s right, the advertising bunker! It’ll make the War Room look like my ex’s walk-in closet. The finest minds in the industry will steer the political and cultural trends. I’d say Don would be in that room but he’d probably be President by then.

WOMEN IN OUR INDUSTRY 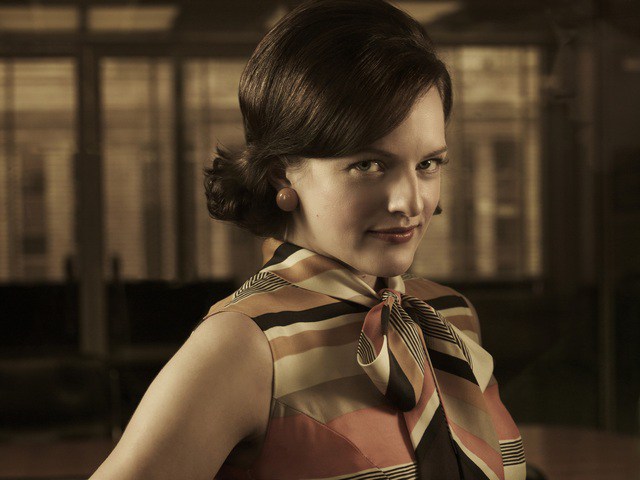 At Sterling Cooper & Partners we’re proud to be progressive. Our female staff not only take messages and make the coffee. They also write campaigns and eventually stab their mentors in the spine. I like to think of our agency as a model for the path things are going to follow into the next few decades. To illustrate this let’s look at one of our most valued employees. Names aren’t important, but let’s call her Joan…

Joan not only participates in our light-hearted battles for supremacy, she also has a man working under her! This would be unthinkable at other firms, yet here a squeaky clean opportunist can worm his way into the attentions of a woman who really should know better. But I digress. (Though I would say I get the impression this guy buys his fruit upstate as well as downtown if you catch my drift.  Maybe we’re more socially radical than we’re letting on…)

The biggest factor facing the way we do business is our mental and physical well-being. Creating ads for clients is like trying to share your steak with a hammerhead. Chunks will be taken out of you as well as what’s on the plate. That’s why we grease the wheels with alcohol, try and slow the hungry bastard down a little, but it can’t carry on like this. I may look like the love child of Howard Stark and Lena Horne, but believe it or not I suffered a mighty heart attack once. We’ve got to take the focus off lacquering our livers with liquor and find a more practical solution.

That’s why in the future all ad men will be fitted with stainless steel organs. Lungs for smoking. Liver for Sterling Cooper’s penthouse-sized drinks cabinet. And a cast iron spleen so I can deal with the ex-wife…

With these modifications in place there’s nothing an enterprising creative couldn’t do in his pursuit of a deal breaker. And if the eggheads are reading this, there’s a certain part of my anatomy that would benefit from an overhaul. 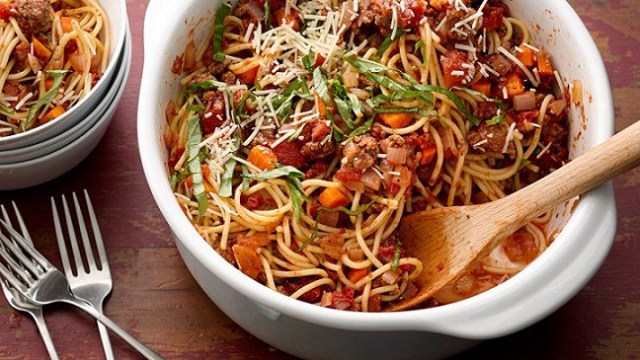 The other afternoon I was sitting on the roof of my building on a particularly hot day. As usual I was naked, I tend to think better that way, and as I placed one of my special orange pills on my tongue I came to a staggering revelation. The sounds of Hell’s Kitchen were drifting on the air. If New York is a kitchen I reasoned, then surely the different boroughs are saucepans. And what does that make us? Yes you’ve guessed it. We are all strands of spaghetti! Like a good bolognese the stuff at the top is rich and delicious but beneath it we’re all tangled together. We need to blend our minds so the strands merge to form something broad and supportive… like a sheet of lasagne! Society will be much better ordered with the sauce distributed evenly between layers. That way everyone gets a better bite at the beef and if you can make it up to the beschamel, well, good luck to you.

We’ve all got to get together people! Show those bureaucrats with their detachable faces that they don’t run the show. If we could all just strip naked and run into Central Park, using the conduit of the trees to channel our natural energy to create a shockwave that could wipe greed from the streets of the city, there’d be a free and groovy future from which we could all make a healthy profit!

My name is Roger Sterling and I am currently sitting in a pool of my own ingenuity.

This feature first appeared on The Hollywood News and was researched via this Vanity Fair article.

Breaking Bad is quite rightly hailed as one of the most successful dramas of the twenty-first century. But in this age of multi-platform entertainment, could it have survived in another format? Say creator Vince Gilligan’s insistence on the casting of Bryan Cranston over preferred choices like John Cusack had led to the whole project being aborted. Would Gilligan have gotten his idea to live outside the confines of the small screen?

Absolutely not. The show has one of the all-time great concepts, but an unusual one in that it was perfectly suited to TV. Other great offerings of the age can easily transfer to different mediums. For example, House would make a good novel as well as an essential prescription for the cathode ray tube. True Detective had the stuff of an epic movie. The adventures of Walter White on the other hand could only have flown one way – in a creative setting that allowed for the unique blend of complex character arcs and ambiguity that Gilligan and his team demanded.