Yes, that really is veteran acting legend Robert De Niro baring his nipples and loving it much too much. It’s like Warldorf from The Muppets has suddenly stood up and ripped his clothes off on the balcony. If you’re wondering what the hell is going on, this is a scene from new comedy Dirty Grandpa, which casts De Niro alongside Zac Efron as a lecherous relative who revels in the half-naked antics of spring break.

Sleaze isn’t a word you’d associate with a performer whose CV oozes quality. Ooze is certainly the order of the day here however! Though if you look back at the great man’s work you’ll find a fair few characters whose morals were lower than an alleycat taking a swim in a sewer.

So before we get too outraged that De Niro is sullying his reputation in a lower-than-lowbrow gross-out romp, let’s go on a tour of his greasier roles. They straddle a good chunk of his career (no sniggering please) and may make you question your view of America’s premier onscreen presence… 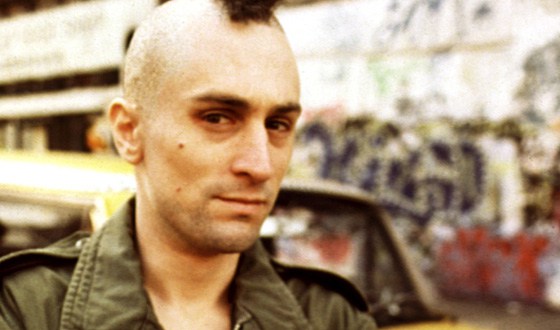 Travis Bickle’s exploits have passed into movie history, leaving a bullet-shaped hole in the fabric of American film. Riding round New York in his cab, he saw himself as a soldier fighting for social decency, though like many such people he was deluded.

This uncomfortable and sleazy sequence shifted the character into the arena of the very people he sought to rid the city of. While there was a sense Bickle had naivety, he also possessed a terrifying dual nature that resolved itself in a major league bloodbath. 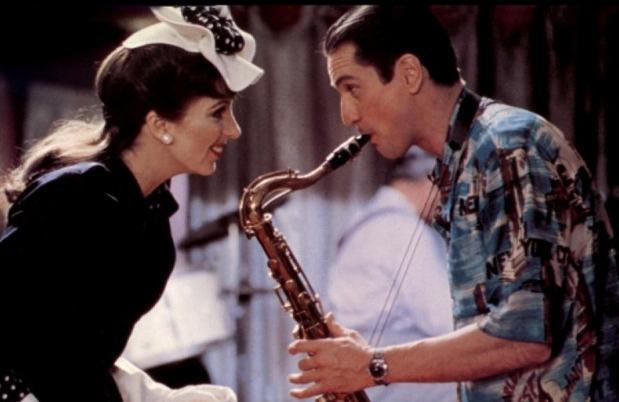 De Niro reunited with Taxi Driver director Martin Scorsese the following year for a project that couldn’t have been more different. New York, New York sought to recapture Hollywood’s Golden Age, while fusing it with the more naturalistic style for which they’d made their names.

Jimmy Doyle formed one half of the mercurial central pairing in this underrated epic, and the actor portrayed him with sleaze and skill. His fast-talking saxophonist latched onto singer Francine Evans (Liza Minnelli), leading to a tangled tale of broken hearts and philandering caused by walking oil slick Doyle.

The early scene when the two meet during V-J Day and enter into verbal battle is an unsung classic. Minnelli tries to dissuade an amorous De Niro by appealing to his gentlemanly side. To her surprise he tells her he is not a gentleman!

When it comes to a performance that makes you want to take a bath after seeing it, then De Niro as Max Cady is one of the best/worst. The ultimate bad penny, he turned up to terrorize Nick Nolte and family for perceived wrongdoings in Scorsese’s remake of the Gregory Peck/Robert Mitchum potboiler.

Festooned with lurid tattoos, he bared his physique for the camera in a notoriously sleazy scene in which he assaulted Nolte’s associate (Illeana Douglas). He then upped the slime factor by homing in on Nolte’s teenage daughter (Juliette Lewis).

Those who’ve seen the original will know how ludicrous the Nineties Cady is compared to his menacing Sixties counterpart. But Mitchum’s ex-con is restrained rather than randy, and that makes the more recent incarnation ripe for inclusion here.

De Niro must have been partial to a remake in the early Nineties, as he also filmed a reworking of the Richard Widmark noir alongside Cape Fear co-star Jessica Lange. Harry Fabian is a forgotten but worthy addition to the star’s sleazy repertoire, who dodged and dove his way through the urban underworld.

His trade was that most questionable of occupations, a lawyer, and one up to his neck in duplicity and bad romance to boot. Director Irwin Winkler relocated the action from the UK to the US, placing Fabian in the rotten core of the Big Apple.

Unlike the other candidates on this list, Harry sought to change his ways, looking for a shot at redemption after he got mixed up in the world of boxing promotion. Of course it wasn’t long before the impossible balancing act of his life brought everything crashing down around him.

Though criticism has abounded of De Niro in recent years, especially in relation to his move into comedy, his capacity to appear in hit and miss projects stretches back over decades. For every Deer Hunter or Raging Bull there’s a We’re No Angels or The Fan. Perfect actor he may be, but he’s made some far from perfect choices.

We here at The Hollywood News didn’t exactly take Dick to our hearts, so to speak, but the prospect of seeing Scorsese’s muse slum it with the porking ‘n puking brigade could well put asses on seats at the multiplex. I’m as big a fan of De Niro’s as anyone’s and I’m game for this particular laugh. The thought of a Dirty Grandpa 2: There Goes My Rectum on the other hand…? That’s a step even I wouldn’t be willing to take.

This article first appeared on The Hollywood News.